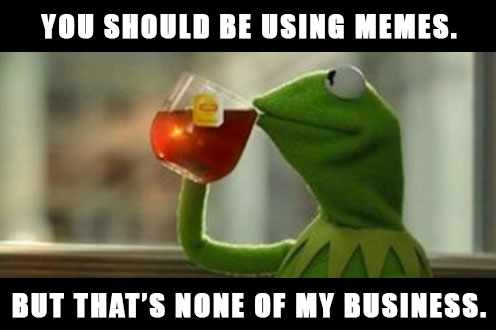 At this point, pretty much everyone on the Internet has seen a meme.  Examples include Grumpy Cat, Philosoraptor, and Socially-Awkward Penguin.

The word “meme” has been traced back to 1976 and a book titled “The Selfish Gene” by Richard Dawkins.  The concept was that ideas were like organisms, where they could create and mutate.

Some ideas are more successful, while others slowly die out. Some may not be accurate, but have been socially accepted as truth.

The term that Richard Dawkins came up with was mimeme, based on the Greek word meaning “that which is replicated”.  He shortened it to meme and begged pardon of his classicist friends for the abbreviation.

In case you are wondering, meme is pronounced as one syllable that rhymes with cream. (Read more about it What is the origin of the word meme)

So what is the benefit for businesses?

These images are plastered all over the Internet, so it makes it obvious why a marketer might want to leverage these already viral concepts and images for their own marketing – especially on social media.

One of the most successful ad campaigns currently on the air is the Wonderful Pistachios series of commercials, where they use popular memes to promote their brand. They’ve created ads featuring Keyboard Cat, Honey Badger, Prancercise Lady, and even Gangnam Style.

Some memes develop from commercials, instead of the other way around. One of the most popular memes right now is based on Dos Equis “The Most Interesting Man in the World” campaign. 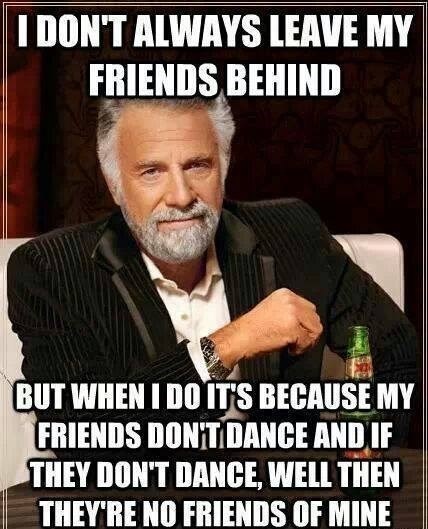 And if you think that this type of marketing only works for big brands, I have three words for you. “Nope! Chuck Testa”

This commercial was originally created as part of a television show on IFC, but once on the Internet developed a life of its own. While not real (get it?), this commercial is a demonstration of how memes can be created by businesses.

So keep an open mind, get creative, and have some fun with memes!